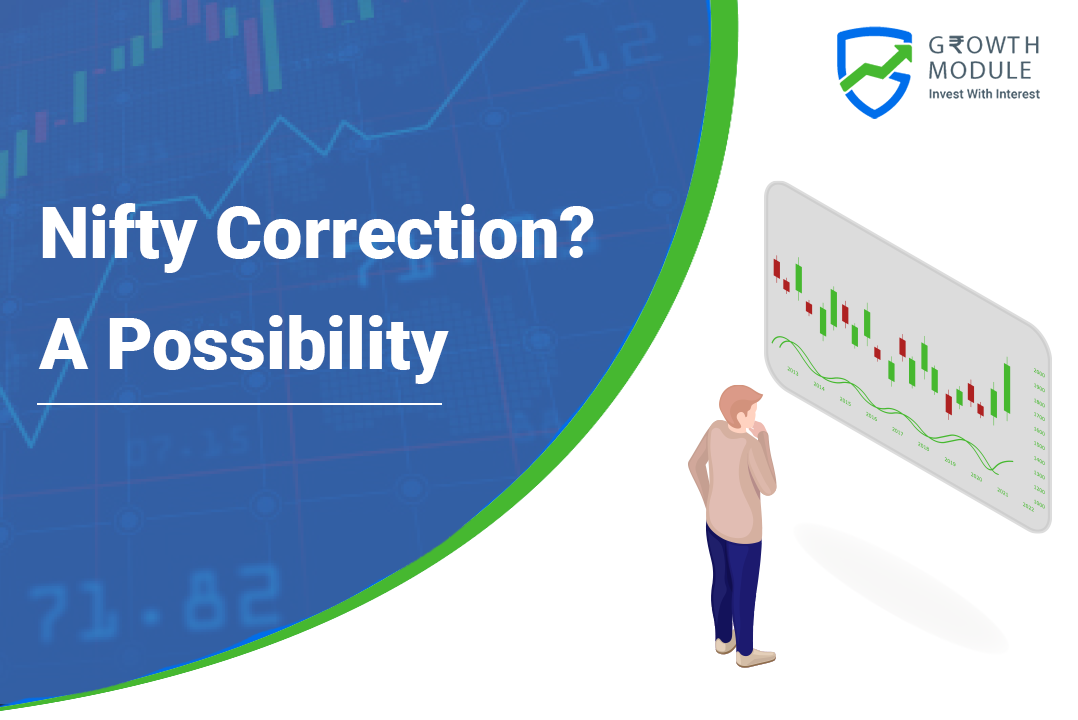 Now so far, the structure suggests an uptrend by means of Higher High & Higher Low. This time around there is a possibility of forming a lower high and lower low. So, what does the chart suggest?

Check out example 4. The retracement level has been marked on the chart. 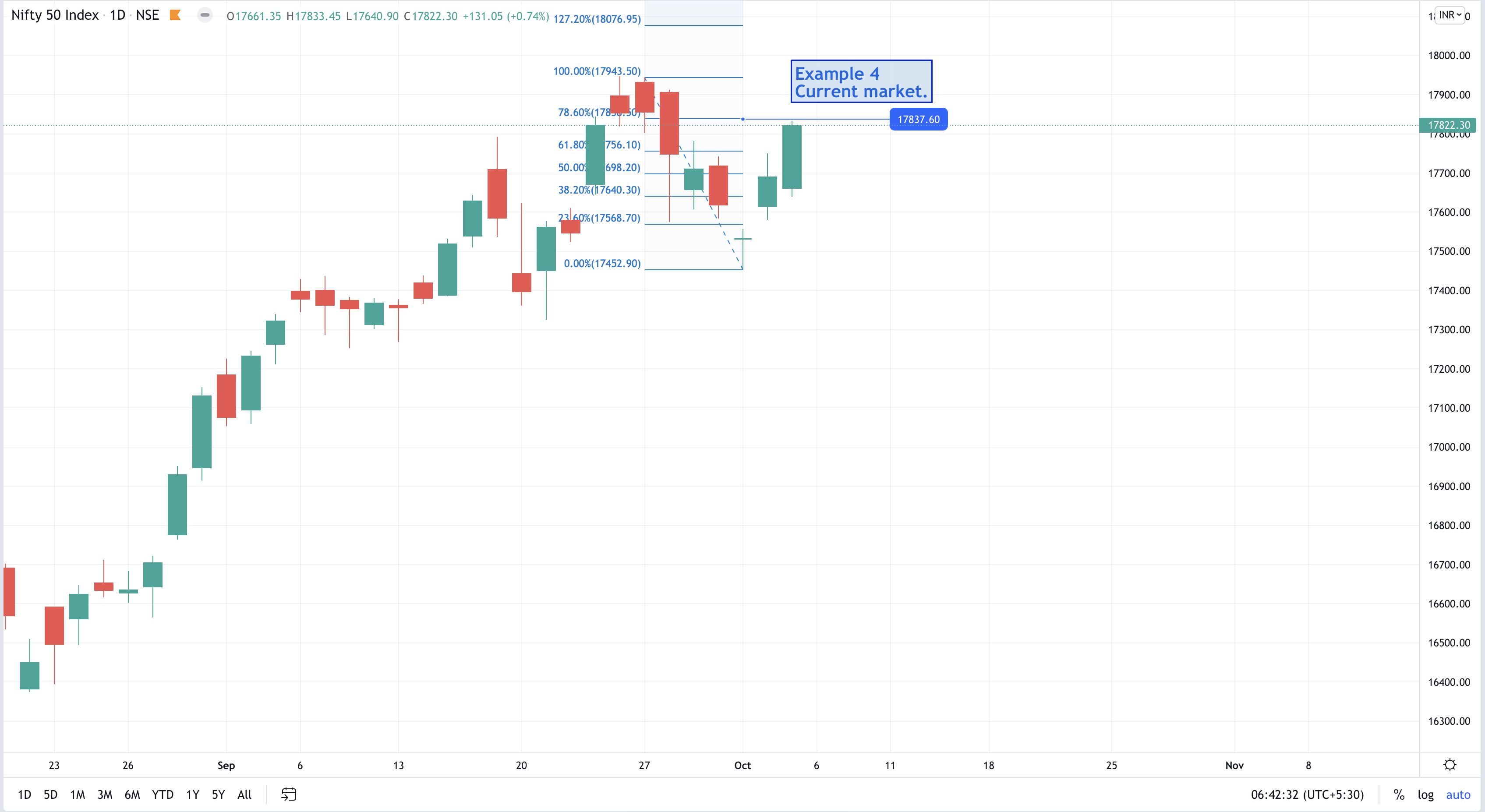 Now, let’s go back to history! 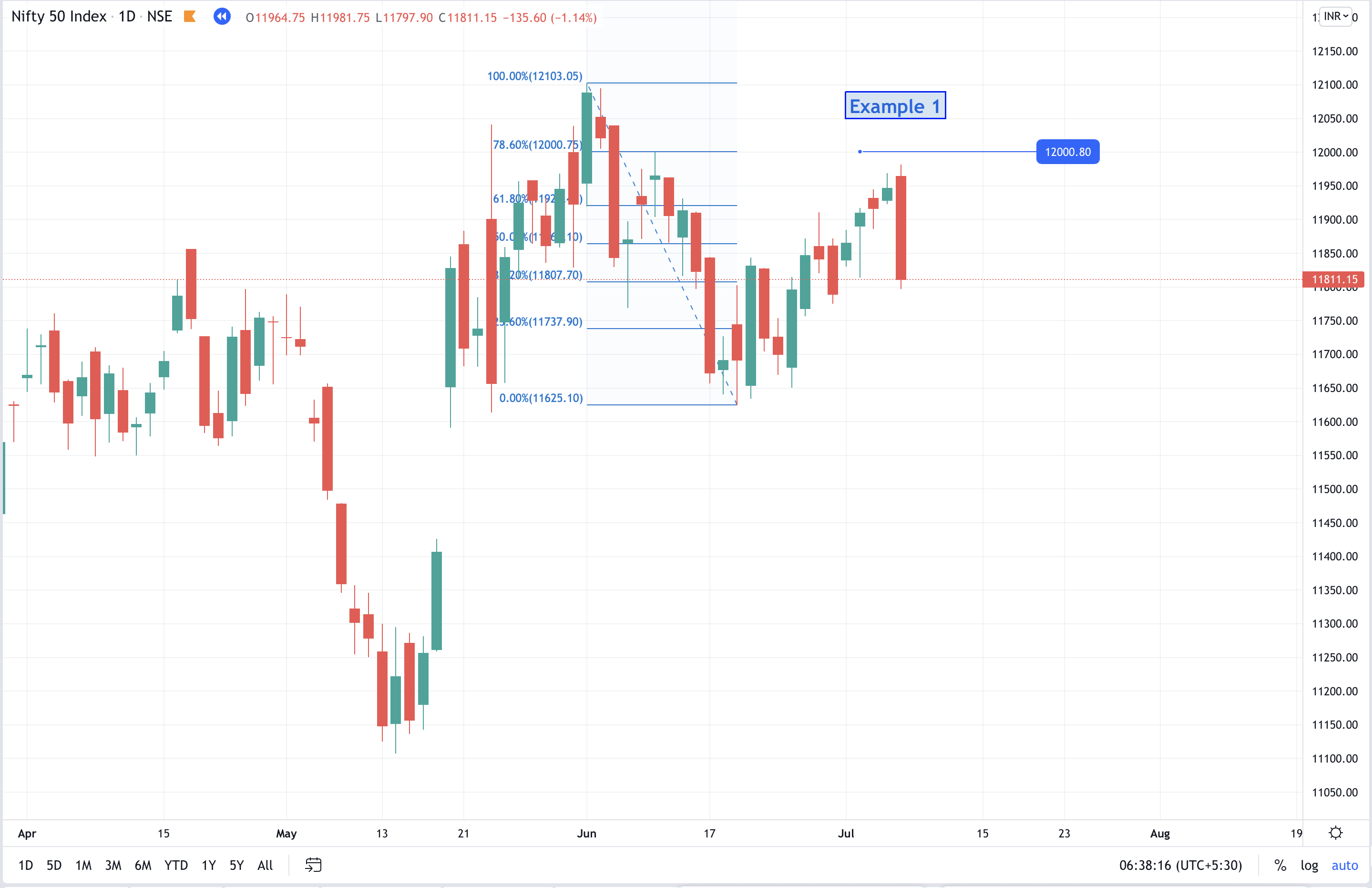 As you can see in Example 1 above, after BJP was elected for the second term in the centre in the year 2019, there was a bullish trend.

On 04th June 2019, we saw a top getting formed and around 78% bullish retracement was witnessed with the price taking a resistance. After this, we saw about 12% correction and a drop of 1458 points in Nifty which lasted for over a month. The bottom was formed on 23rd August 2019. 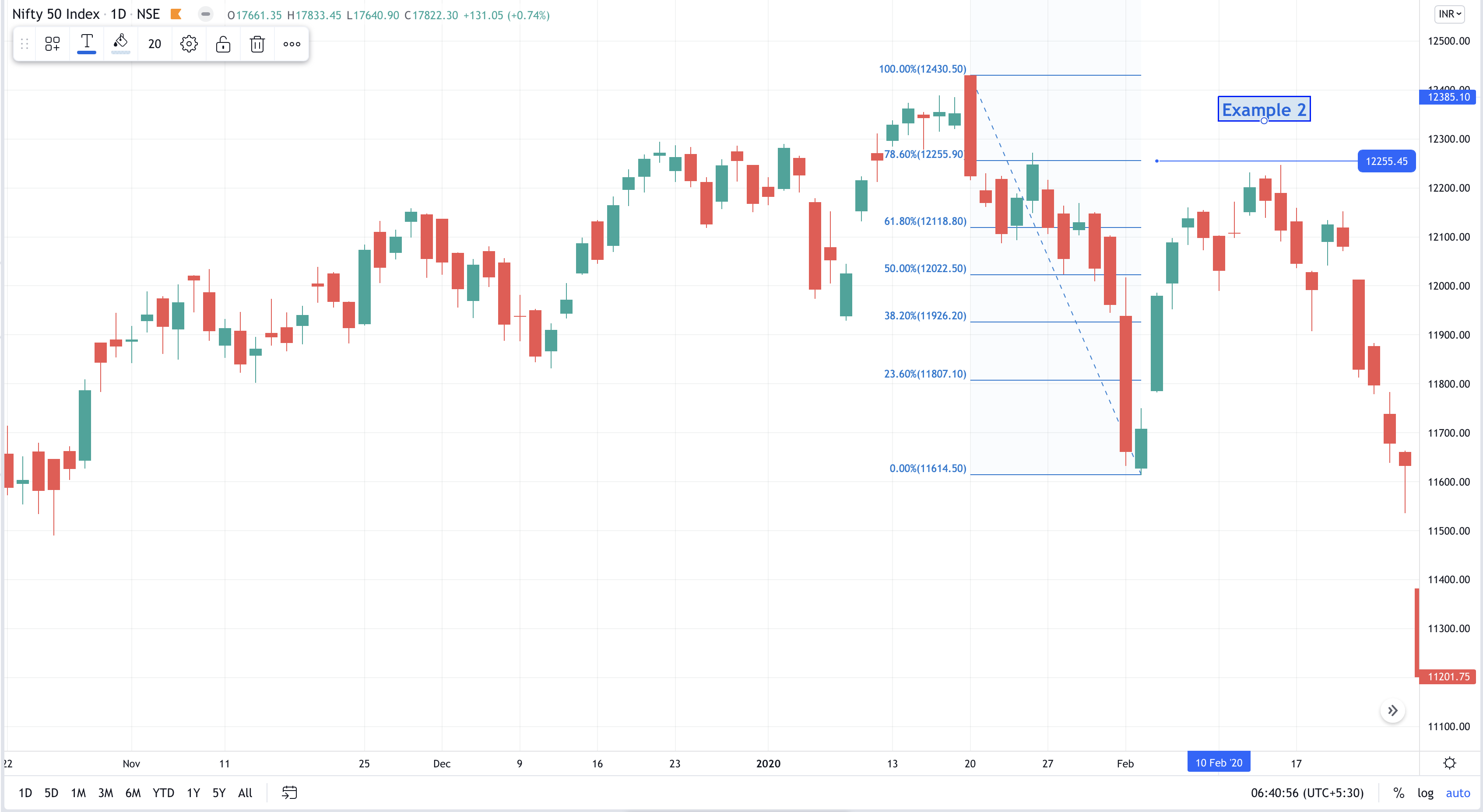 In Example 2 above: During January to March 2020, we saw a meaningful correction and during the Budget session on 01st Feb 2020, Nifty fell by a massive 300 points. But there was no follow-up and we saw a rapid bounce which reached 78.6% bullish retracement. 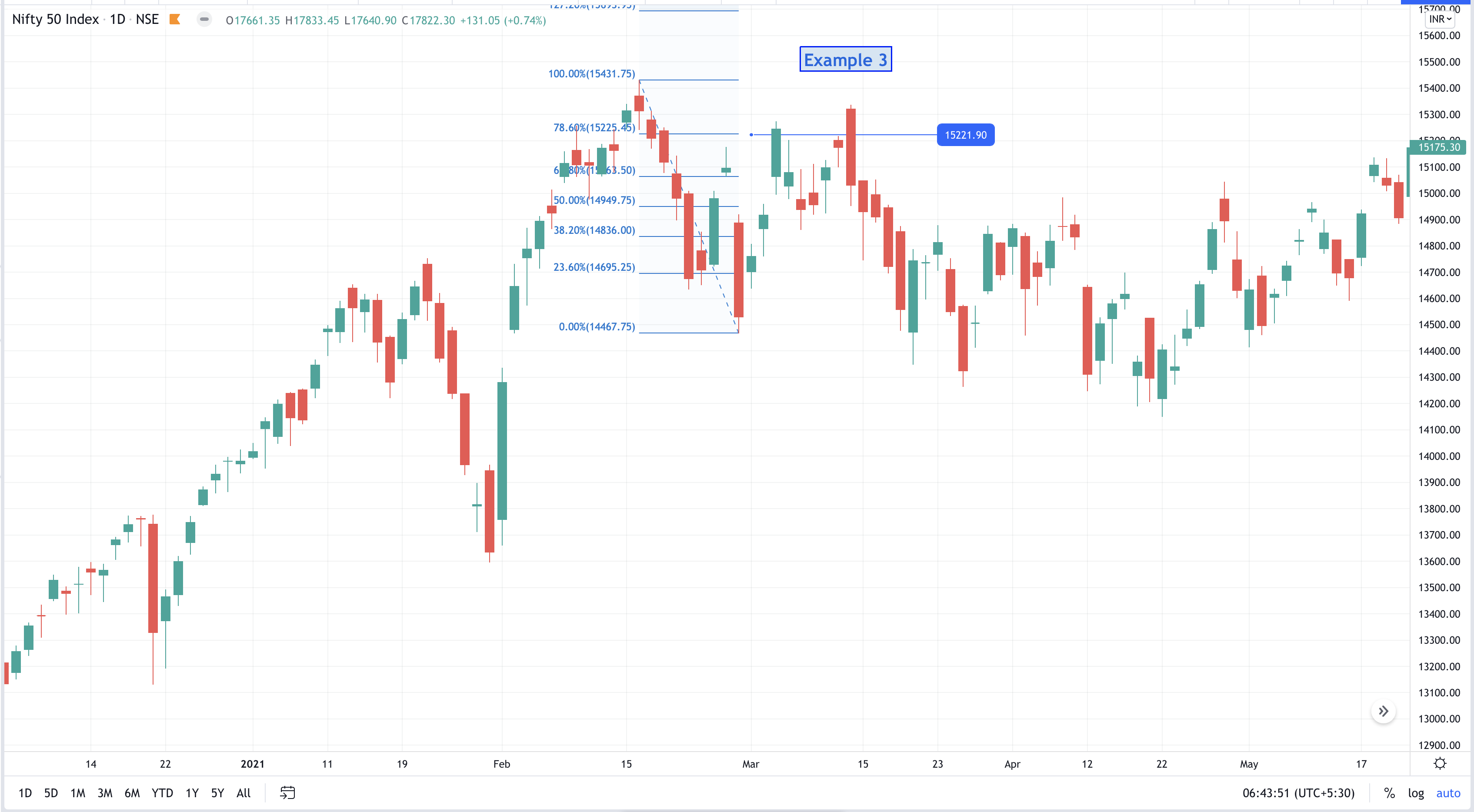 Example 3 is a recent example where we saw the market topping out on 16th February 2021 and from there the bullish retracement kind of overshot the 78% retracement level.

The important point is that Nifty never closed above this important Fibonacci level of 78.6%. This correction was typically a shallower correction and the time it took was more than the actual correction in percentage. The correction was completed around 22nd April 2021, measuring only 8.3% or 1280 points in Nifty.

To conclude, it seems that Nifty and the overall broader market structure is ready for a correction and if Nifty closes below 17,450 then we may see a trend change on the daily chart.

We can also conclude that this correction can go up to the Nifty level of 16,400 and that would be approximately an 8% correction from the top.

What are your thoughts on this? Feel free to comment your views below.
We at Growth Module believe that revisiting charts is the finest way to revisit history and get a glance at what the future has in store for us. As they say, History repeats itself! Isn’t it?

What is stop loss and how it is useful in trading and investing?

Become a part of our community!
Registration complete. Please check your email.
Lost your password?

Recover your password
Password reset email has been sent.
The email could not be sent. Possible reason: your host may have disabled the mail() function.
Log in
×
"" has been added to your cart. View cart
Social media & sharing icons powered by UltimatelySocial